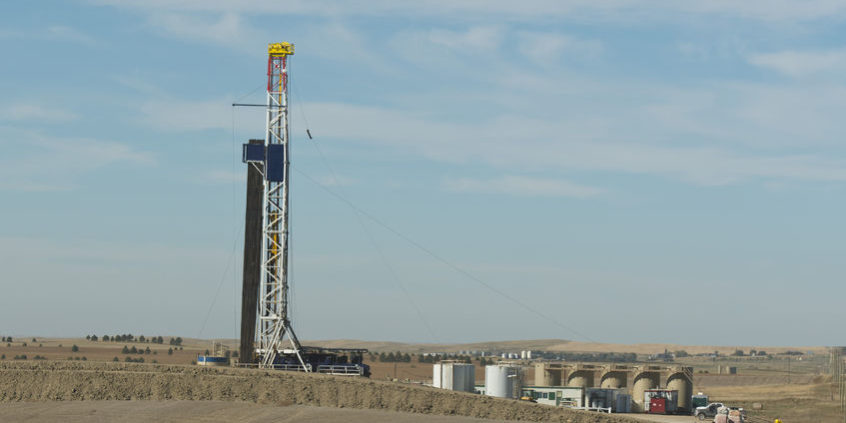 With the explosion of growth in the Permian basin and other key domestic shale oilfields, hydraulic fracturing — a technique of drawing natural gas and oil from subterranean rock using special processes and equipment — has become highly competitive.

In the oil and gas industry, the ability to mobilize equipment to a new well (or group of wells) is what makes some oilfield service companies more profitable than others. That’s why it’s important to maintain an efficient, reliable fracing fleet. Fracing equipment is often under the microscope: is there a way to make this crucial machinery perform in a way that’s, quite simply, better?

Here, we’ll discuss what a fracing fleet is and whether new electric-powered equipment offers an advantage over conventional fleets.

What Is a Fracing Fleet?

A fracturing (fracing) fleet is the equipment owned and operated by an oilfield service company at any given time, which is used to extract natural gas liquids and oil through the earth through hydraulic fracturing. Fracing takes a set of specialized equipment, designed to complete the process’s functions as efficiently as possible, so a fleet includes:

The combination of a number of all of these units can be deployed at a moment’s notice to a new or reactivated well and ideally, handle the entire hydraulic fracturing process with minimal downtime.

With the continued growth in demand for oil and gas, companies are investing in more fleets. These companies aren’t just blindly buying equipment, however. In fact, a search involves careful analysis of the various functions of a potential new piece of equipment.

One Denver-based oilfield services company leader explains the benefit of analyzing the potential function of a new piece of equipment as his company has grown from a fleet of 11 to 20 between 2017 and 2018:

“To understand what contributes to downtime, we use telemetry to monitor all our equipment. By identifying the root causes of nonproductive time and the specific set of circumstances where they occur.”

As fracing equipment is studied more and more closely, companies are turning to a new technology in hopes of more reliable and efficient operations.

The Dawn of Electric Fleets

Fracturing fleets, like many other industrial operations, have been predominantly powered by diesel fuel.

However, several key changes have triggered the push for frac fleet innovation, namely evolving environmental regulations as efforts to cut down on emissions, noise pollution, and silica dust build.

Electric-powered fleets were designed to help tackle these problems. Electric fleets use natural gas, which burns cleaner than diesel fuel. This cuts down on carbon dioxide emissions from fracing operations. According to EPMag, electric fleets also provide a significant decrease in operation noise and airborne silica dust, as well.

These aren’t the only advantages that electric-powered fleets claim. One issue with traditional technology is that while companies often have the equipment ready to deploy onto the site of a well at a moment’s notice, they don’t often have the manpower. According to Evolution Well Services high-tech electric equipment can be operated by a crew that’s 60% smaller, enhancing an oilfield company’s agility.

Another hazard of diesel-powered fleets is safety. Crews are on the ground and using hands-on operation near potentially dangerous equipment handling volatile materials. Electric fleets can be operated from the safety of a data van, decreasing the occupational risk of hydraulic fracturing.

The Potential Outlook for the Future

Like many technologies that increase an industry’s ability to be cost-effective, electric fleet technology has a higher acquisition cost, which so far has kept it from being adopted across the board by oilfield service providers. However, many predict that in the coming years, more and more companies will transition to the use of electric fleet equipment due to their myriad benefits over diesel-powered traditional fracing fleets.